To Enrich, Educate and Entertain

Racism Kills. It Always Has and Always Will – Until We Stop It. 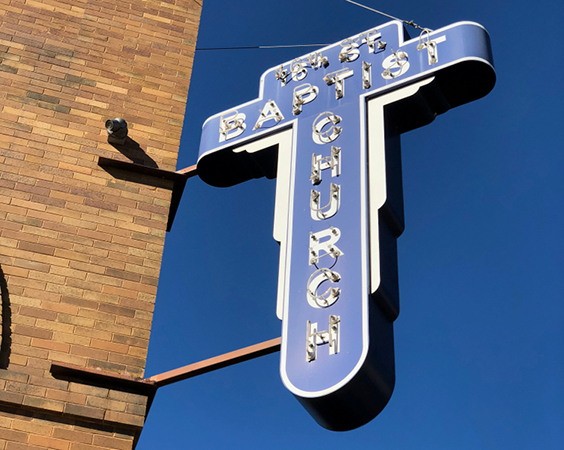 Fifty-seven years ago today, a bomb ripped through the 16th Street Baptist Church in Birmingham, Alabama. It was a Sunday morning when this racially driven atrocity murdered four young girls and injured many other church members.

Some may question the point of acknowledging this tragedy in a business setting. Others may frown on digging up this painful history in any setting at all, and just don’t want to hear it. Can’t we move past all this racial stuff? If you are among these, I invite you to scroll on by and enjoy your day.

My interest is in communicating with professionals and business leaders who care. My aim is to elevate the need to collectively embrace and engage – through actions, not just words and platitudes – the harm centuries of systemic inequality and racial injustice have done and continue to inflict on our communities and country.

A Flower for the Graves

If you have never read Eugene Patterson’s Pulitzer-prize-winning editorial on the Birmingham church bombing, read it now. If you have, please read it again.

He wrote it the day of the bombing and his words are as heartbreakingly true today as they were in 1963. The need is urgent for us to assert our courage, as individuals and as a nation!

Too many people duck the difficult, skirt the uncomfortable. I used to be one of them.

During nearly 30 years as president of Perfect Image, I never before recognized out loud this date in history that shocked our country. My drive for success and achievement in business used to be centered around and intertwined with wanting to be accepted. Talking about American racism, the brand that will never square with our constitutional declaration that all men are created equal, was not high on the list of business development topics.

Getting comfortable in my own skin took longer than it should have. But I got over myself and came to understand what is most important as a human being, a business owner and professional in today’s world.

It is summed up in the following piece from MIT: What’s Missing From Corporate Statements on Racial Injustice? The Real Cause of Racism. I encourage you to read it.

Whether Your Wing Is Left, Right or Otherwise, Racism Still Kills

Young Addie Mae Collins, Carol Denise McNair, Carole Robertson and Cynthia Wesley were murdered in Birmingham for the same reasons that still kill and consistently blare across today’s headlines - more than half a century later.

My friends and colleagues, the fact that you are still reading means you have given me permission to speak authentically. As the saying goes, if we’re not part of the solution, we are part of the problem. I say this not to pass on guilt or shame, but rather to affirm our collective accountability for the lives of those four children and every other victim of racism since.

What are we going to do about it?

Political speeches routinely close with the prayer for God to bless America. But God has already done so, richly, with overflowing abundance. Is it not time for us to demonstrate our gratitude for these blessings with our actions?

Personally, I am over the polite silence. I am going to honor their lives by never forgetting a single soul whose life has been taken, whose existence and value as a human being have been diminished by others due to some misguided belief in racial superiority.

Racial prejudice is an emotional commitment to ignorance.

I commit to speaking their names to anyone who will join me in acknowledging the reality that racism kills. Racism will indeed kill America unless we demonstrate the will and courage to stand against this evil once and for all.

Is Your Georgia Business in Good Company? Teaching Children the Love of Mankind Racism Kills. It Always Has and Always Will – Until We Stop It. Staying Emotionally Sober in Uncertain Times Outreach in the Age of COVID-19: Your Mission Is Your True North
Categories
Business Education General Human Interest Leadership Marketing Nonprofit Printing

Let us show you how we are your solution!